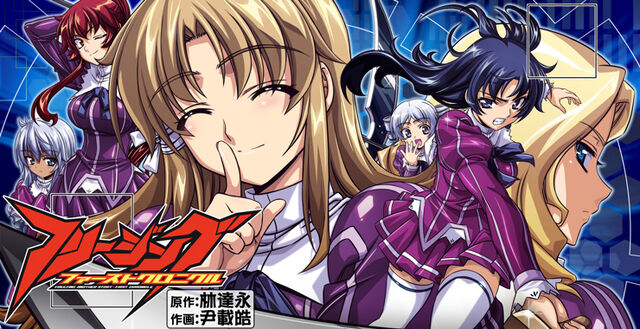 The first chapter of the manga debuted in Comic Valkyrie volume 34, the 2011 November issue, which was published on 2011-09-27, and featured on the cover of the monthly pulp manga magazine.

The first volume tankoban edition was published on 2012-02-29 under the Valkyrie Comics (VC) imprint.

The direct prequel to First Chronicles appears in Freezing manga Volume 10, as the omake gaiden sidestory chapter "Those Who Make The Rules".

Freezing - First Chronicles Tankōbon
Add a photo to this gallery

Retrieved from "https://freezing.fandom.com/wiki/Freezing:_First_Chronicles?oldid=12832"
Community content is available under CC-BY-SA unless otherwise noted.