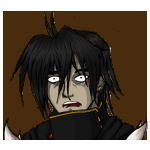 Hi, welcome to Freezing Wiki! Thanks for your edit to the Charles Bonaparte page.

Probably just a minor slipper but I'll point it out anyway. Edit

You probably didn't mean any harm by doing so but next time try NOT to do consecutive editing upon one page (recent example: Chiffon Fairchild). This as, editing as such fills up the History of a page quite unnecessarily. Making it harder for Admins like me to keep track of recent edits on the wiki. Try to crop it in one straight edit next time. Thanks in advance! I... I am the King!Talk 21:00, October 17, 2012 (UTC)

Oops, definitely didn't mean to do that.

BTW, on my last edit, what do you mean by P-margins? I notice whenever I try to do a long edit, I get logged off in the middle. SO I tried doing the whole thing on LibreOffice, copying it, then pasting it here when it's finished, so I don't get logged out in the middle of my session. Any help on this would be most appreciated.

LibreOffice stets up P-Margins at the beginning and end of a column, not to worry though, that is just script coding. As for your Log-off issue, I'm not really sure about that. It has something to do with the wikia core system itself, I'd reckon and frankly I do not have a stake in that. However it might just be your internet browser or your bandwidth not being able to cope with the amount of data your PC/Laptop/Notebook/whatever needs to send towards the database. I... I am the King!Talk 18:42, October 20, 2012 (UTC)

Sure. I read the untranslated chapters on the niconico website, which has entire volumes of Comic Valkyrie, which are only available online now. You can go to the Comic Valkyrie site, and on the right side of the page, you'll see links to Vol. 7 and Vol. 8, that's where I read the latest chapters of Freezing, Freezing Zero, and Freezing P on CV. You just need an account to view the online volumes. Not sure if I can post the link, but Comic Valkyrie is easy enough to find, and through it you can find niconico. Hope this helps. Alhazad2003 (talk) 05:23, July 29, 2013 (UTC)'

Alrighty then.  Here's the ilnk to the Comic Valkyrie homepage: http://www.comic-valkyrie.com/
And here's to the last volume of Comic Valkyrie, found on the niconico site: http://seiga.nicovideo.jp/watch/bk146076
And, so you can pick up where Emeraude Scans left off, here's a site that has all the RAWs: http://raw.senmanga.com/Freezing/127/
As for how I can tell what's going on, one of the regular posters on MagaFox forums, VampireCat, is fluent in Japanese.  She's been giving chapter summaries of the RAWs, including which sister was which in the last chapter.  And since OutOfTheBlue has essentially lost interest in the series, since the death of Chiffon, it's the best we've got. Hope this helps. Alhazad2003 (talk) 15:53, July 29, 2013 (UTC)

Thanks for that, I'll put it to good use tomorrow. As for OutOfTheBlue, I'm employed in the gaming industry and we have a well placed saying for such an action: "rage-quit". No offence to Blue, but it seems kind of fitting for the situation. ^-^ I... I am the King!Talk 23:25, July 29, 2013 (UTC)

Really you don't think her cleaveage is ample. :)

Alright I can understand not being as big as some character but come on it isn't moderate I would put su-na as moderate she has to be slightly above moderate. :) also it isn't fair Isabella isn't even wearing a bra.

Well if you compared it to the other girls, don't include Isabella, she is pretty well endowed. :) or at least above moderate XD

That's fair enough, Isabella is definitely the bustiest of the Busters.  A pity she's so evil, I just hope she and the Busters don't get trolled in the next chapters, that would really suck. Alhazad2003 (talk) 23:05, February 18, 2014 (UTC)

God I know how you feel I hate when characters look so great and are evil. XD

But seriously I hate when characters I like are trolled. Oh yea how are you able to understand the raws. Do you read Japanese. I can't :(

I can't understand the RAWs, but VampireCat of MangaFox forums is fluent in Japanese, and always posts summaries of the latest chapters.  She's really helped out since OutOfTheBlue lost interest in the series, we'd all be up the creek in understanding the series without her.  ^^;; Alhazad2003 (talk) 23:12, February 18, 2014 (UTC)

I will thank you.

Hey. In the link you left me what page is the Raw spoilers at and how soon do they come out after the raws are out. Donquixote joeflomingo

Probably no more than a couple of days after the RAWs are released, depends on when VampireCat reads them.  Though however long it takes, it's always worth it.  Always. Alhazad2003 (talk) 06:47, March 4, 2014 (UTC)

Does vampirecat read and tell you about freezing zero and freezing love pair stories, also would you recommend making an account on mangafox even though I don't read any manga on there.

Unfortunately, VampireCat seems to only follow the main story, not the side ones.  And even if you don't read any mangas on the site, you can at least join the forums, once of the most active on the entire Internet.  Anyway, hope this helps. Alhazad2003 (talk) 06:45, March 9, 2014 (UTC)

How did you know that they were going to start putting freezing zero chapters out.

Because FTH said they would while they waited for Volume 23 of Freezing to arrive.  Not just Freezing Zero, but possibly Love Stories as well.  We can finally see loli Creo in action, when she decked Goro and made him her Limiter.  Too funy.  ^^;; Alhazad2003 (talk) 09:18, April 14, 2014 (UTC)

That is sweet about the whole Freezing love stories, but I was talking about where you got this information. Like what site, if you don't mind. :)

Please go the blogpost below when you have the chance. The admin wants to share this with the other members of the wiki.

The name appears in chapter 5 of Pair Love Stories. I'm actually working on it now and noticed Morison didn't have a surname listed in the wiki. The chapter should be out in two-three weeks. The spin offs are a bit heavier then the usual series page wise 1.5-2x as many pages.

Now, granted, there could be a stutter involved but I don't think so, and it's unclear sometimes in the manga if a name is a surname or not as per Japanese/oriental custom to use the last name primarily.

Ex Aoi Kazuya. Aoi Gengo, etc. lends itself to some confusion as some of the characters are not oriental descent. Ie. Satellizer el Bridgette, Arnett Macmillan, etc.

I'd say Japanese custom only applies to Japanese characters, the rest have their names spoken in Western style.  And I'm certain Morrison definitely isn't Japanese, so I'm guessing Abe (or Abebe as the case may be) is his first name.  Though admittedly it's hard at times, trying to translate Western names into Japanese ie Fernandez is pronounced Berunades in Castlevania.  Anyway, thanks for the reply, and I'm looking forward to the next chapter.  Until then...

Retrieved from "https://freezing.fandom.com/wiki/User_talk:Alhazad2003?oldid=43611"
Community content is available under CC-BY-SA unless otherwise noted.